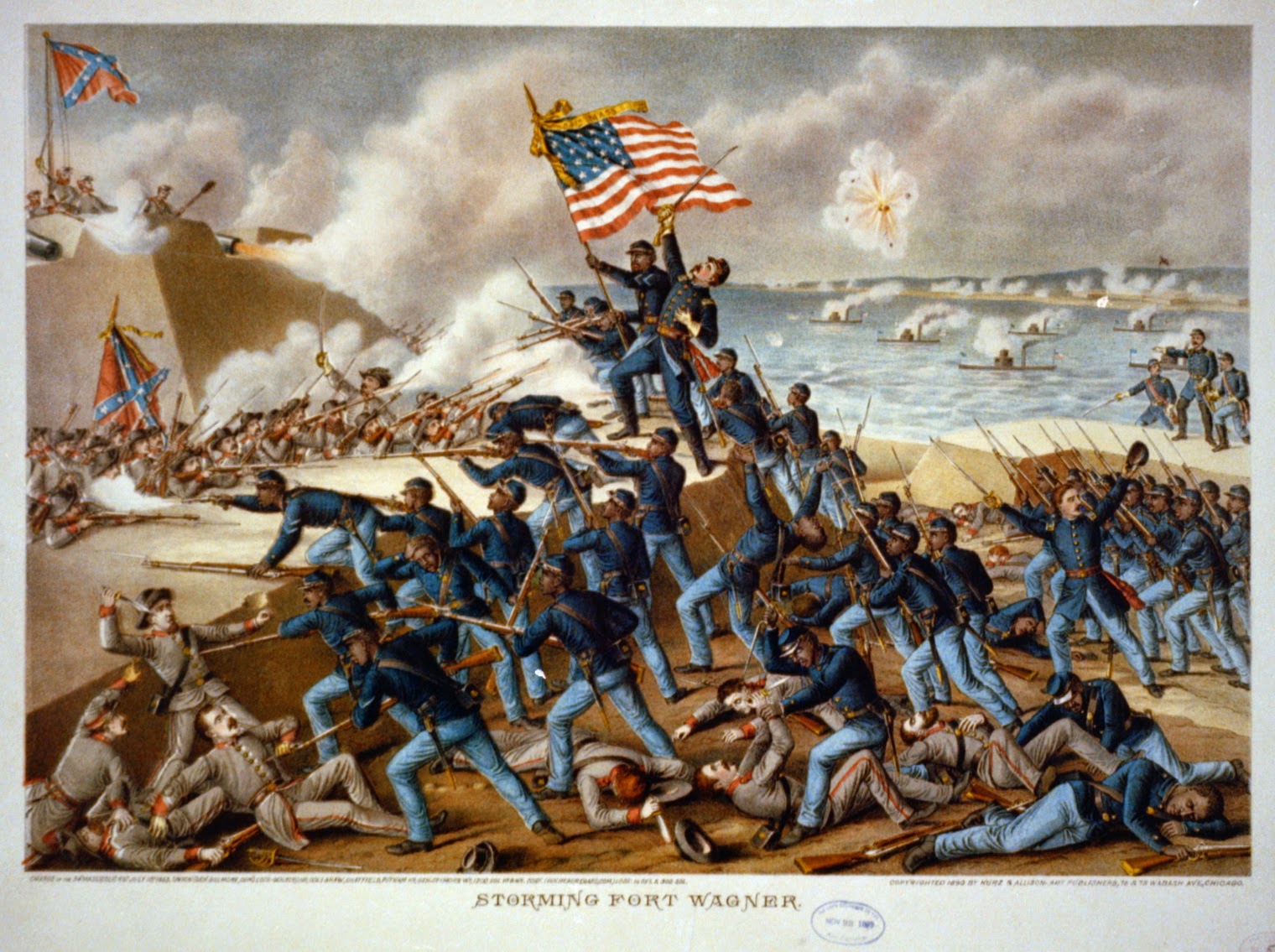 Originally constructed as a battery, Wagner had grown into a fully enclosed fort. It measured 250 by 100 yards, and spanned the southern neck of Cumming's Point from the Atlantic on the east to an impassable swamp on the west. Its sloping sand and earthen parapets rose 30 feet above the level beach and were bolstered by palmetto logs and sandbags. Fourteen cannons bristled from its embrasures, the largest a 10-inch Columbiad that fired a 128-pound shell. Wagner's huge bombproof, its beamed ceiling topped with 10 feet of sand, was capable of sheltering nearly 1,000 of the fort's 1,700-man garrison. The fort's land face, from whence any Union assault must come, was screened by a water-filled ditch, 10 feet wide and 5 feet deep. Buried land mines and razor-sharp palmetto stakes provided additional obstacles to an attacking force. 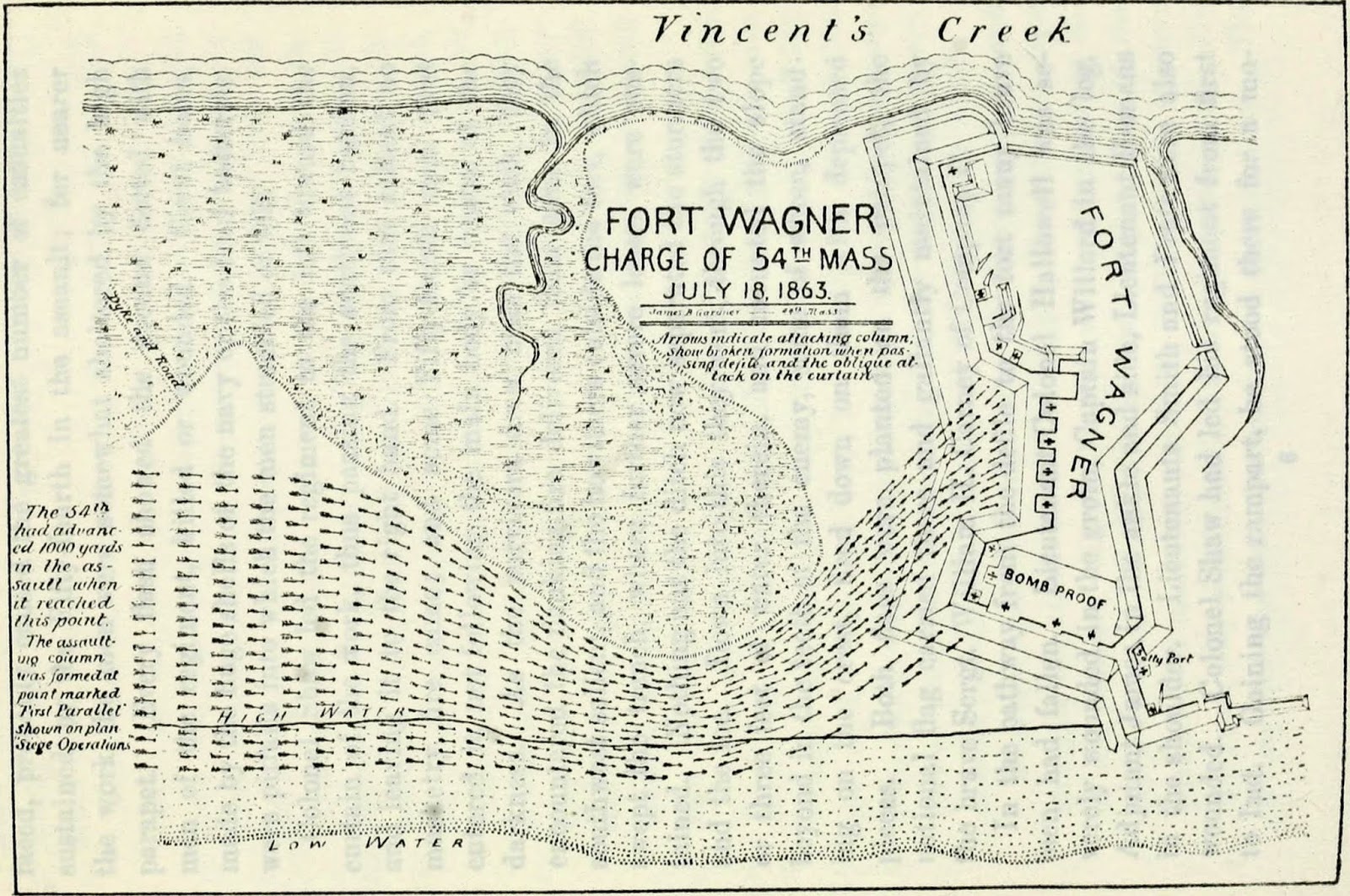 Although a tactical defeat, the publicity of the battle of Fort Wagner led to further action for black troops in the Civil War, and it spurred additional recruitment that gave the Union Army a further numerical advantage in troops over the South.

The 54th was controversial in the North, where many people supported the abolition of slavery, but still treated African-Americans as lesser or inferior to whites, and would do so well past World War II. The actions of the 54th Massachusetts demonstrated once again the fallacy in that argument.


William Carney, an African-American sergeant with the 54th, is considered the first black recipient of the Medal of Honor for his actions at Fort Wagner in recovering and returning the unit's U.S. Flag to Union lines.

That site is no longer visible; the land has eroded into Charleston harbor, and the remains of Colonel Shaw and his men have been washed out to sea by Atlantic hurricanes. 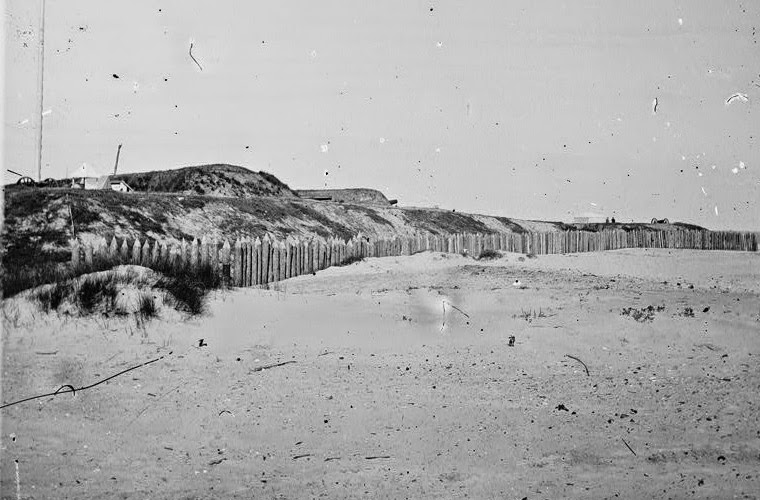