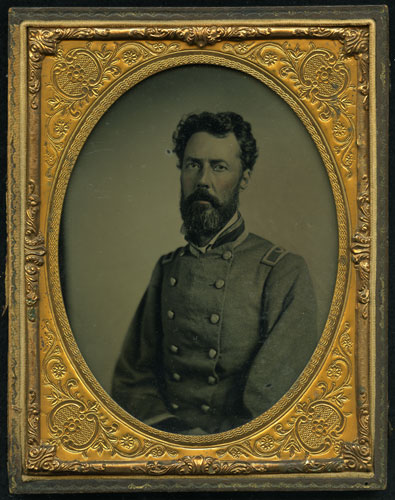 
He attended the common schools and then graduated from college in Jackson, Mississippi, before studying law at the University of Virginia.

He returned to his family's plantation and later established a law practice in Woodville.

He was 42 years old when the Civil War began.


When the Mexican-American War erupted, Posey was commissioned a first lieutenant in the 1st Mississippi Rifles, a volunteer regiment commanded by Colonel Jefferson Davis. Posey fought at the Battle of Buena Vista, where he was wounded.


Returning to Woodville after the war, Posey married Jane White in February 1849. They would eventually have six children.

Considered a "deeply religious man", Posey converted to Roman Catholicism. Prior to the building of a Catholic Church in Woodville, Catholic services were held at Posey's home. 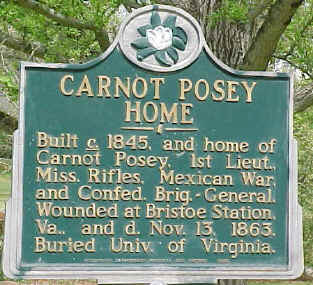 U.S. President James Buchanan appointed Posey as the district attorney for southern Mississippi, a post he held when the state seceded from the Union.

Posey recruited a local militia company, the Wilkinson Rifles, and enlisted them into Confederate service, serving as their captain from May 21, 1861. They became part of the 16th Mississippi Infantry, with Posey being selected as the regiment's first colonel on June .

His two oldest sons from his first marriage, Stanhope and Jefferson, also served as officers in the Confederate Army.  Stanhope served as assistant adjutant general to his father.


At the Battle of Cross Keys, June 8, 1862, Posey was struck in the chest and arm. He was incapacitated for two months. The 16th Mississippi was transferred to the Eastern Theater in August 1862. Before his wounds fully recovered, Posey returned to fight alongside his men at Second Manassas, Aug. 30, 1862 .

When General Winfield Scott Featherston became ill, Posey served as the temporary commander of the brigade of four Mississippi infantry regiments, during the Northern Virginia Campaign and the Maryland Campaign. Posey continued in command of the brigade through the capture of Harper's Ferry and Battle of Sharpsburg/Antietam and until November, when Featherston returned.

In November 1862 he was promoted to Brigadier General (confirmed January 1863).

He commanded Posey's Brigade at Fredericksburg in December 1862, successfully repelling a Union attack.

In May 1863, Posey's Brigade saw limited action at the Battle of Chancellorsville, maintaining a reserve position at Salem Church.


During the Battle of Gettysburg in July 1863, the brigade was part of Anderson's July 2 attack on Cemetery Ridge.


During the fall campaign, Posey was wounded in the left thigh by a shell fragment at the Battle of Bristoe Station on October 14, 1863. It was a relatively minor wound, and he was initially taken to Culpeper Court House for medical treatment.

Infection set in and he was transported for care to the University of Virginia, where the rooms on the Lawn all served as Confederate hospital rooms.


He was placed in the same room, Room 33, West Lawn, where he had lived many years earlier as a University of Virginia law student.

Posey was buried in the Davis family plot in the cemetery of the University of Virginia.


His widow was left with the care of their six children; the oldest was 13 years old and the youngest was 4 years old. Jane Posey never remarried.